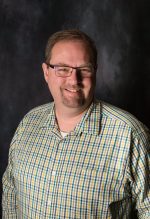 The Finance Director serves as the City’s Chief Financial Officer, and oversees the preparation of the annual budget, capital improvement program, accounts payable, accounts receivable and payroll functions. Brian Weuve joined the City of Spencer as Finance Director in 2012. In 2015, he added the role of Deputy City Manager to his duties. Brian has nearly 20 years of local government experience with a focus in City Management and Finance. Prior to coming to Spencer, Brian served the Iowa communities of Iowa Falls and Lisbon and the community of Park Rapids, MN. Brian received his Master’s of Public Administration from the University of Nebraska Omaha and his Bachelor’s of Arts from the University of Northern Iowa. He is a current member of the Government Finance Officers Association (GFOA), Iowa Municipal Finance Officers Association (IMFOA) and the Iowa City/County Managers Association. Brian lives in Spencer with his wife, Dawn, and their two daughters.

The Finance Department is located within City Hall and is responsible for the primary functions as summarized below:

Responsible for monthly financial reports on cash and investments, budget versus actual (with variance analysis and explanation) and Balance Sheets; the Comprehensive Annual Financial Report (CAFR) and all reports required by local, state, federal and other regulatory agencies

Operating under an internal control framework, responsible for processing and recording of cash receipts, pension and tax report preparation, verification of invoices, preparation of paper and electronic disbursements and monitoring of purchases.

Responsible for promotion of effective program to protect City’s property from loss or damage in conjunction with City Clerk’s Office.